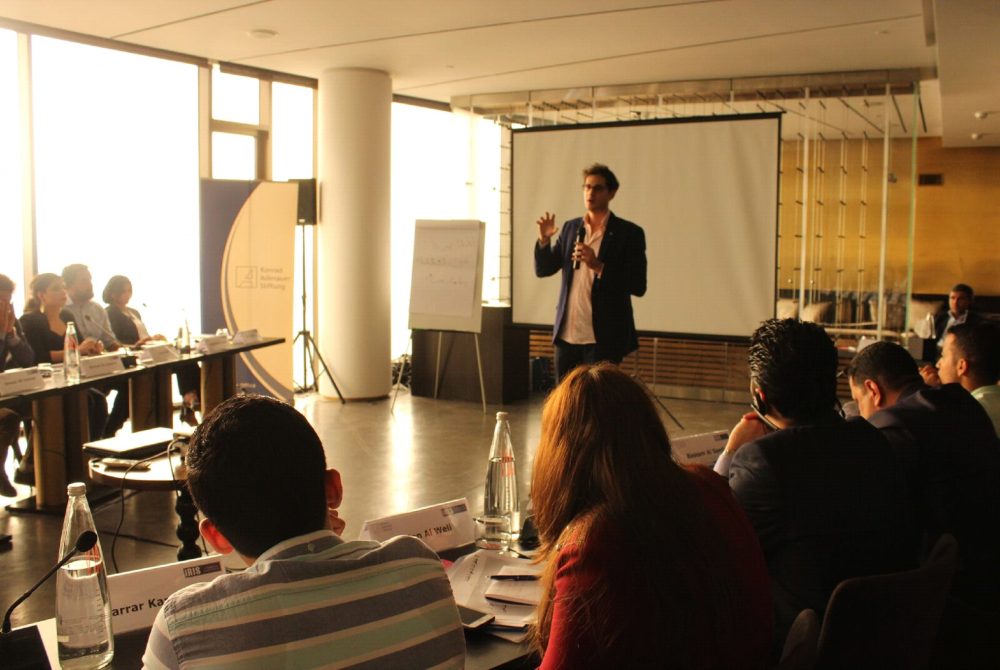 On 24th and 25th October 2017 the inaugural class of the Iraq Leadership Fellows met for their first workshop, which was generously hosted in Beirut by Konrad-Adenauer-Stiftung and GPD Charitable Trust. They participated in a series of teambuilding exercises, and in interactive sessions exploring effective advocacy techniques and effective campaigning strategies. Participants then created mock campaigns and presented them to the group. Based on this learning, participants are now engaged in creating plans for real life campaigns that they will launch, with ongoing mentoring from our team.

The young Iraqis also met with activists from Beirut Madinati, a new political movement in Lebanon which upended Lebanese politics by participating in municipal elections in Beirut with a radically governance focused agenda. The Iraqis were inspired by the strategies used by their Lebanese counterparts, and participated in a lively exchange of ideas. Thanks go to the American University of Iraq, Sulaimani, Konrad-Adenauer-Stiftung, and GPD Charitable Trust for supporting this workshop.